Michael comes from Thurles, Co Tipperary and is a big football fan. With no local team to support from the League of Ireland, he finds himself pitch side throughout the season anywhere from Turners Cross to Oriel Park.

He has been shooting for Extratime since 2015 and has covered Premier Division, First Division, FAI Cups, WNL, Champions League, Europa League, European and World Cup Qualifiers for both the Men’s and Women’s senior teams as well as at underage level.

Michael has twice been shortlisted in the FAI Communications Awards for best photograph (2016, 2017 and 2019).

Some of Michael's favourite photos: 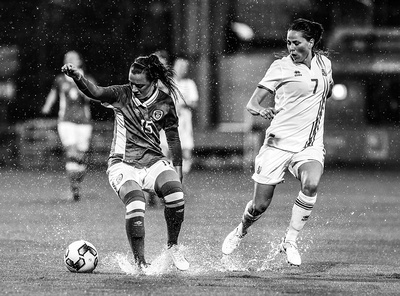